Budapest probably is gonna be the most interesting point of my trip. I’m here with my friend who was living here one year. Yeah, that’s will be fun.

I came up with a new idea. Taking a picture of first scenery which I see upon arrival in a new place.

In Budapest it was a picture of the bathroom in the subway station. 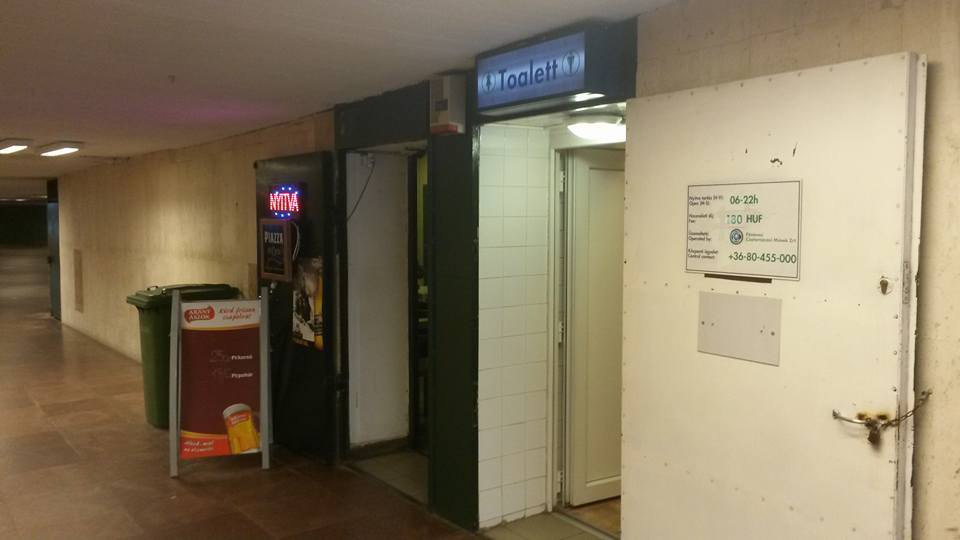 Corn-cobs were being sold in front of the entrance 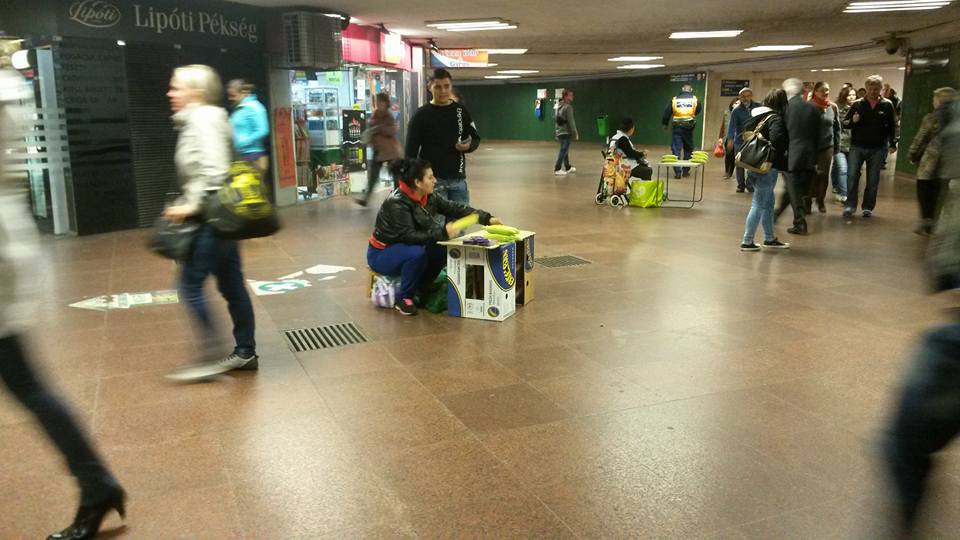 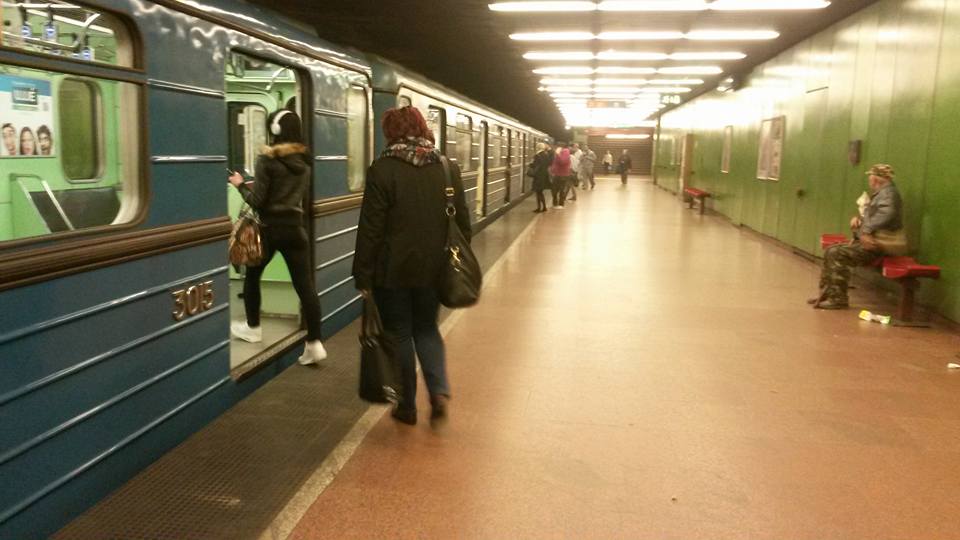 We found an apartment through airbnb per 106 euro per week. This is one of the best interior I’ve seen. Everything is interesting here: doorknobs, furniture, doors, glass panels wall between kitchen and corridor, switches, window in the common well in the bathroom, coatracks, chandeliers and everything else. 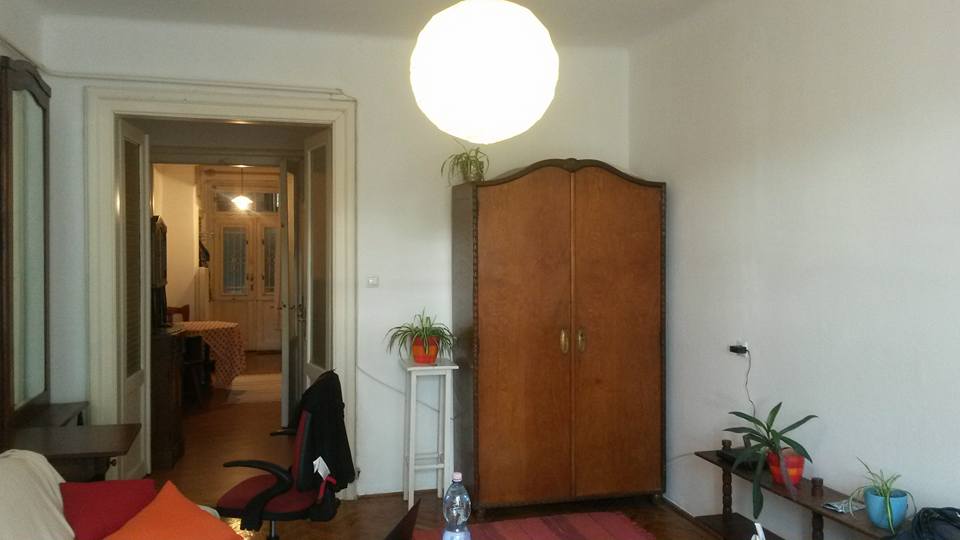 Our yard. These yard with long open corridors are typical for the center of Budapest. Very charming. 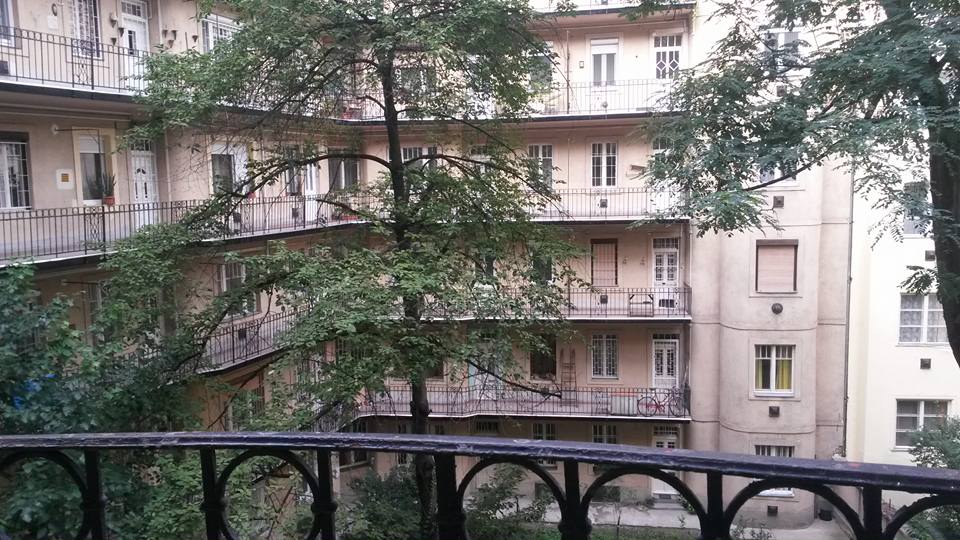 After my arriving we went for a walk. There is a divisive monument in the center of Budapest. The eagle symbolising Germany attacks angel symbolising Hungary. The monument is dedicated to the events of 1944, when a lot of Jewish people were killed. But the historical discrepancy is that it was not true. Hungarians themselves were collaborating with Nazi. 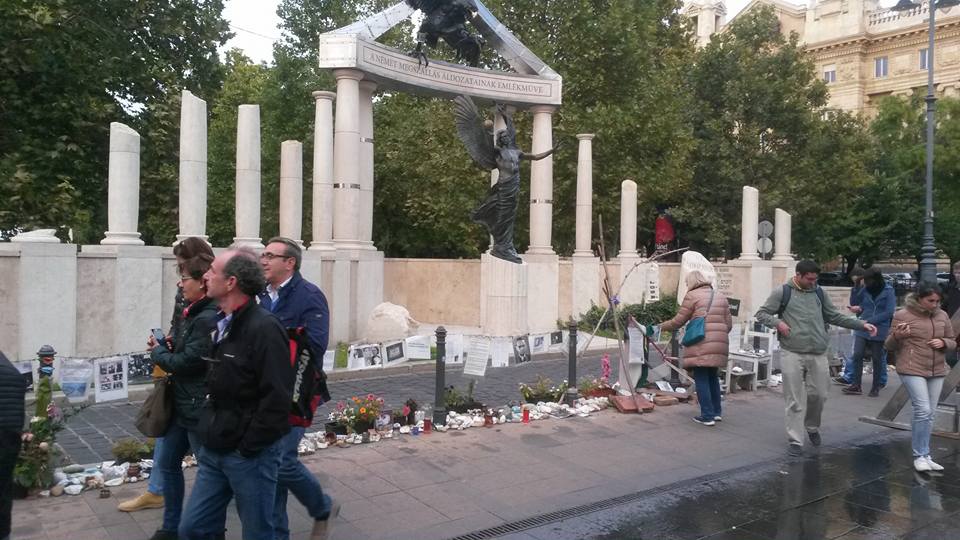 Next to the monument people protests against this monument. 540 days already. 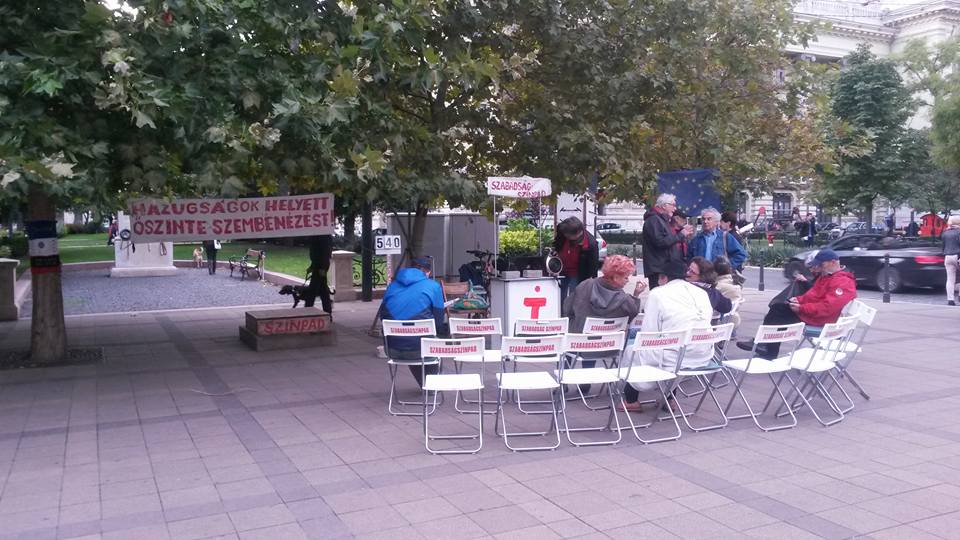 The movie is being made the next street 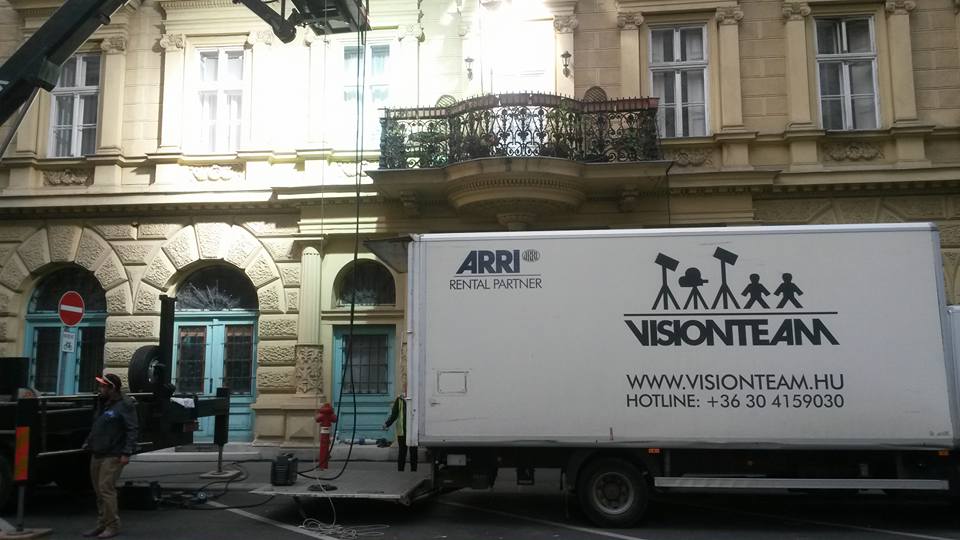 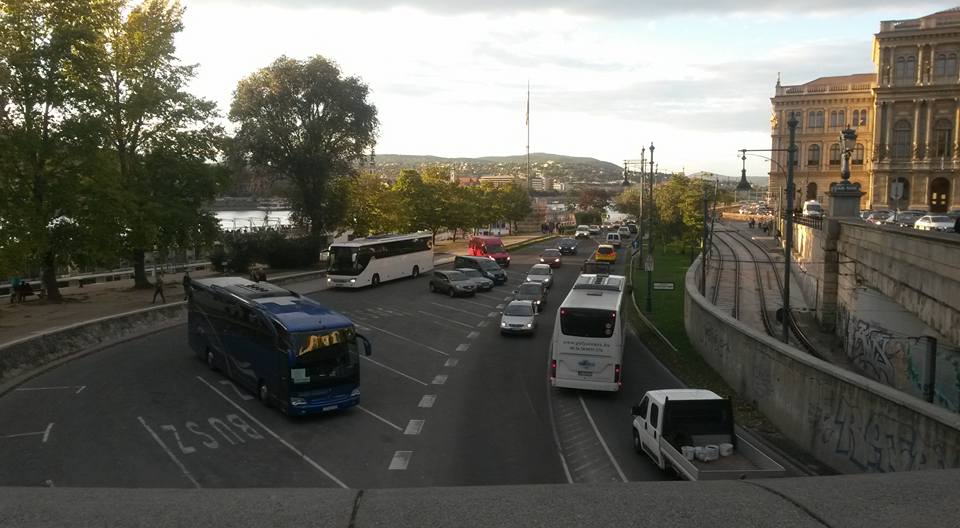 Some tourist took a picture of us very crookedly 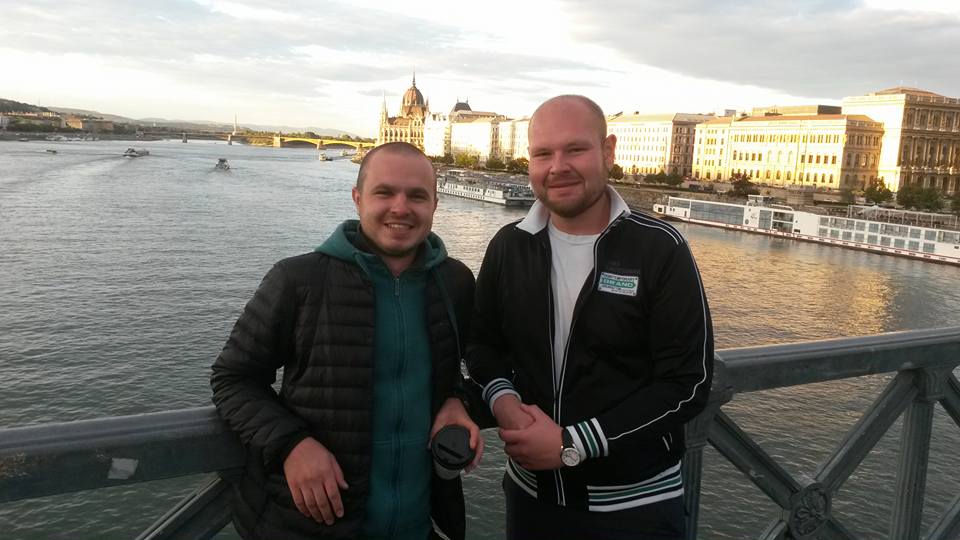 Budapest used to be a two cities.

First city was Buda, on the one bank of the river

Second was Pest, on another side. 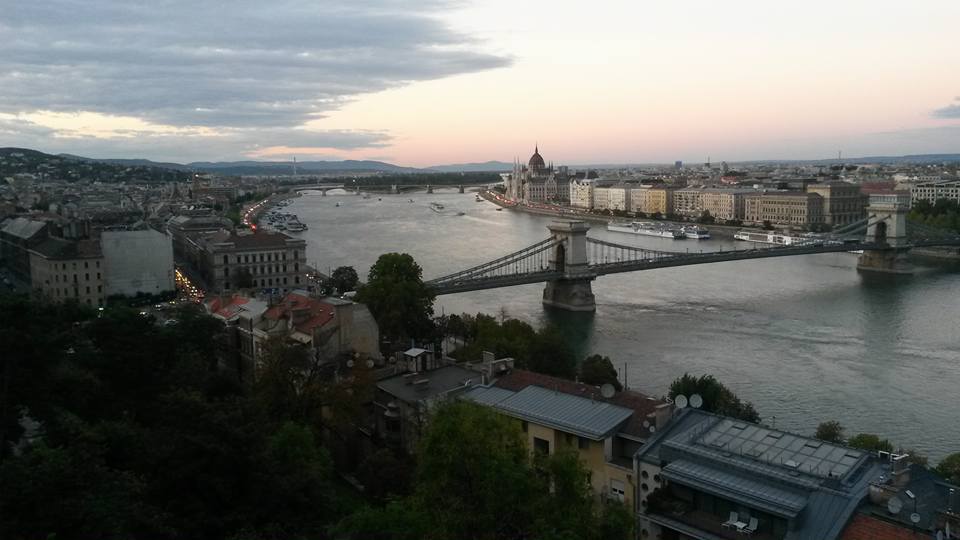 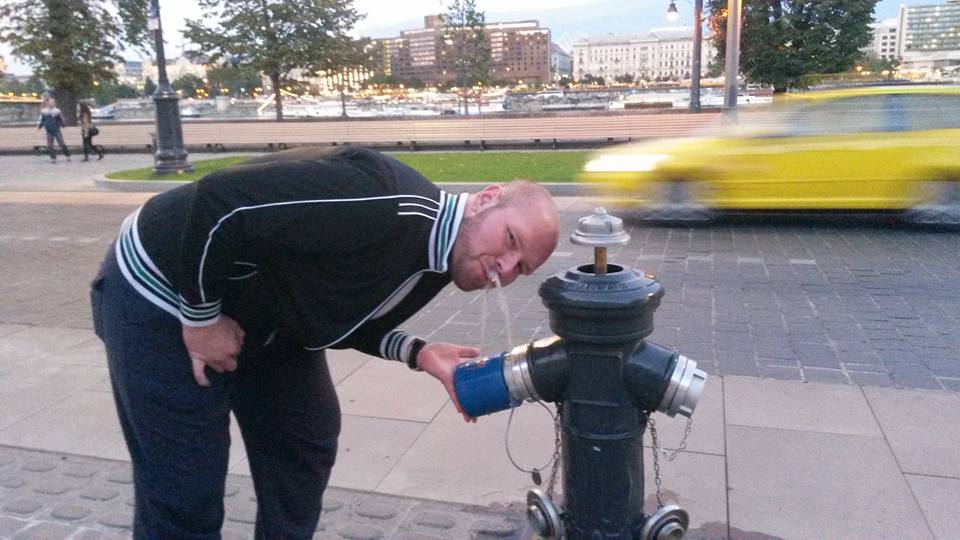 It’s also possible to see selling of alcohol bottles in the subway. Dude was very angry that we took a picture. 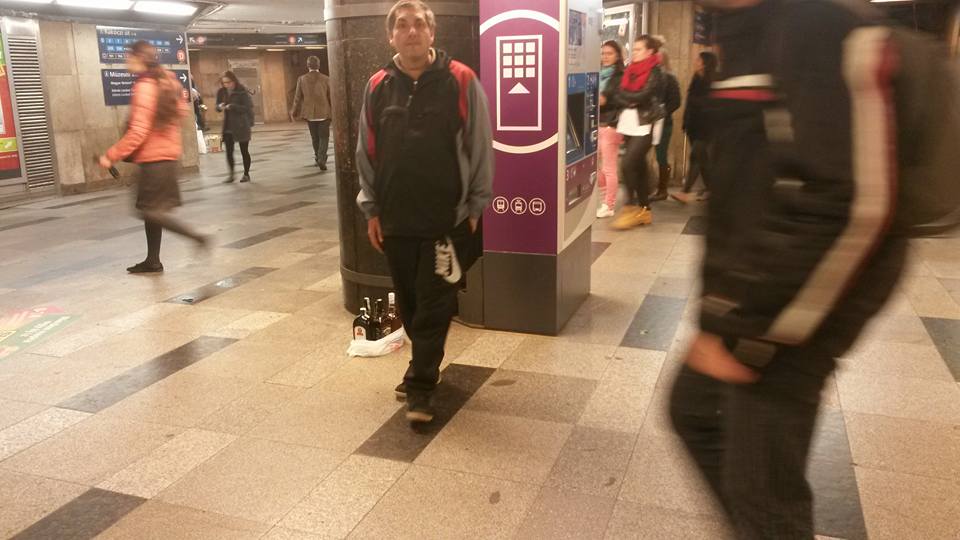 In the evening we went to amazing cafe. You can crack peanuts and throw skins right on the floor. 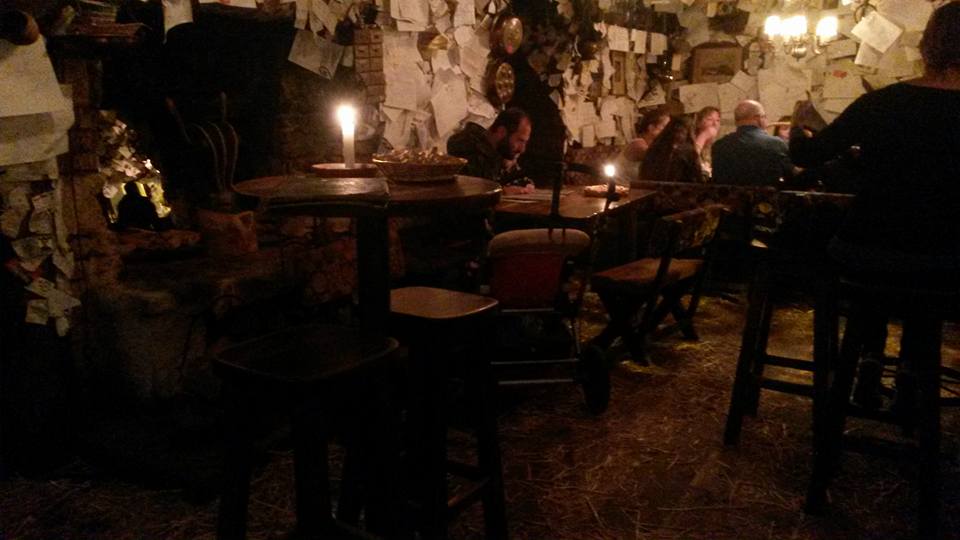 Huge saucepan of Hungarian  Gulash costs only 5 euro. Peanuts are free. I enjoyed those peanuts immensely. Gulash was also good. 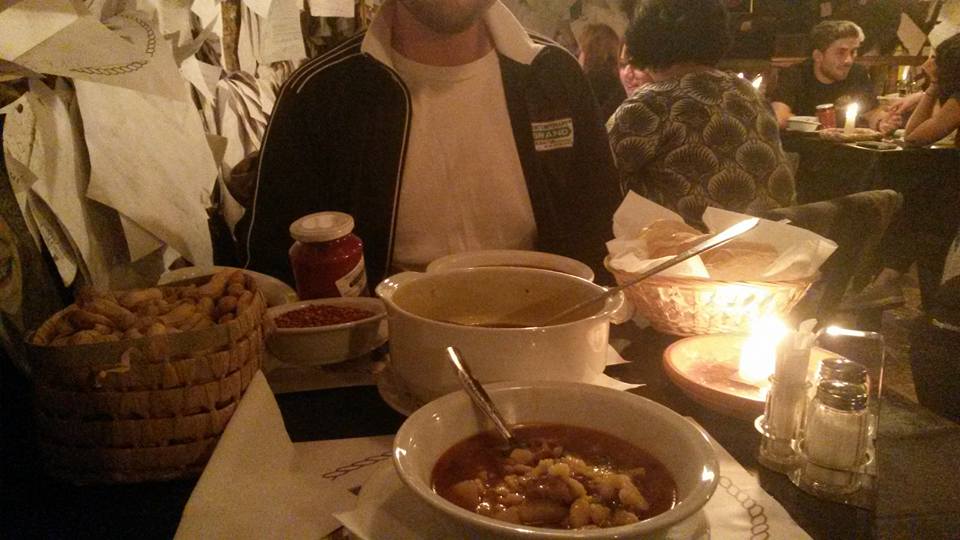 It is possible to pay euro in supermarket. But exchange rate is a little smaller then in exchanger. 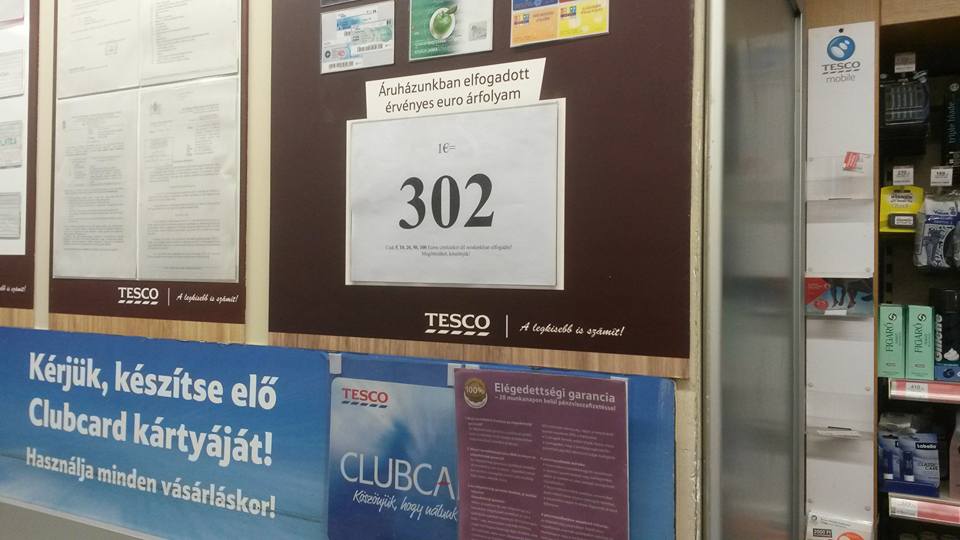 There are announcement putted under the wipers of a car. Advertisers look for cars which could be sold and proffer their services. 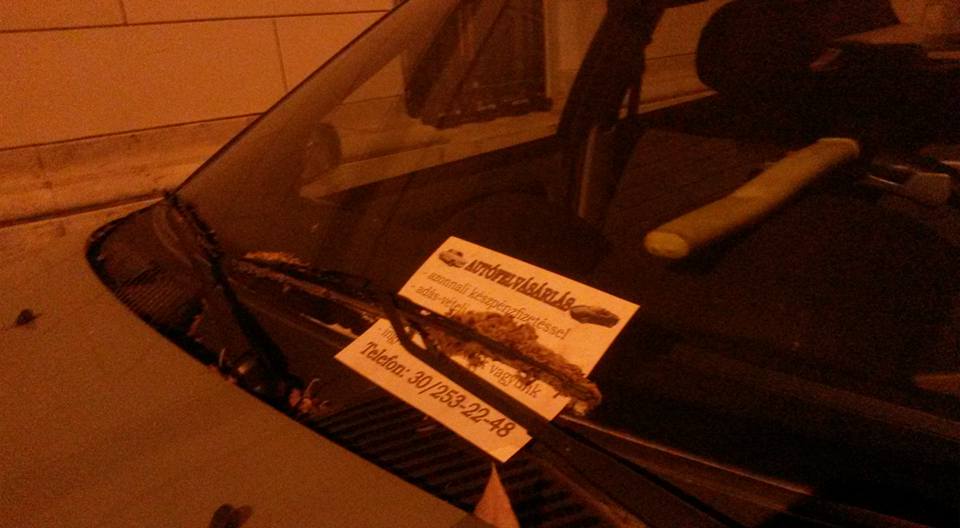 Then we started bars exploring. First bar was a very popular touristic place Simpler. The bar contains a lot of junk collected in one place. It has been done one of the most famous tourist attractions of the city. 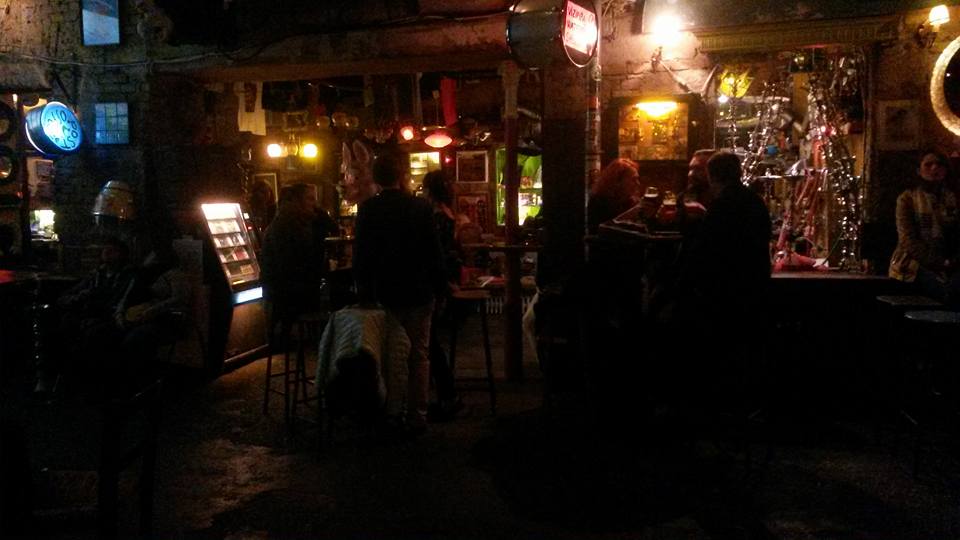 There was a jazz concert also 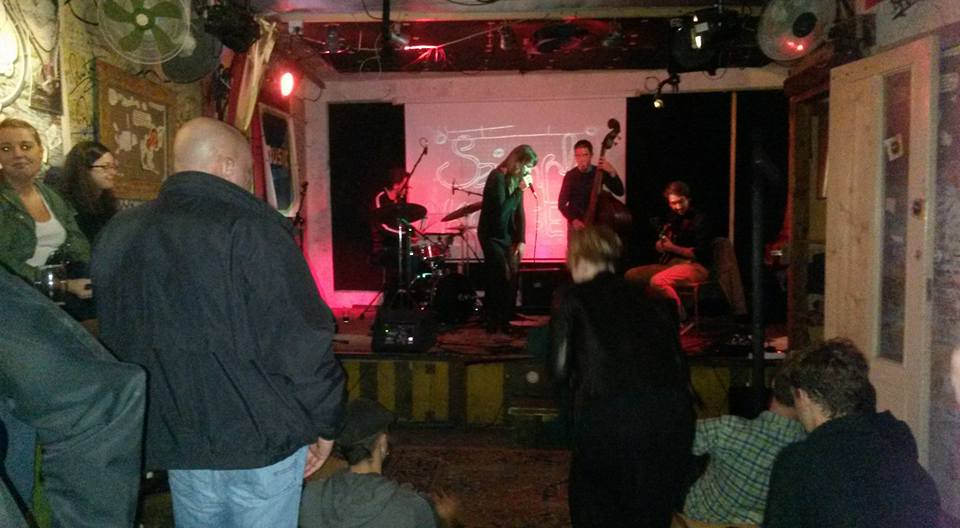 Then we visited cheap bar Shark 2. Hungarians hung out here. Not so many tourists. 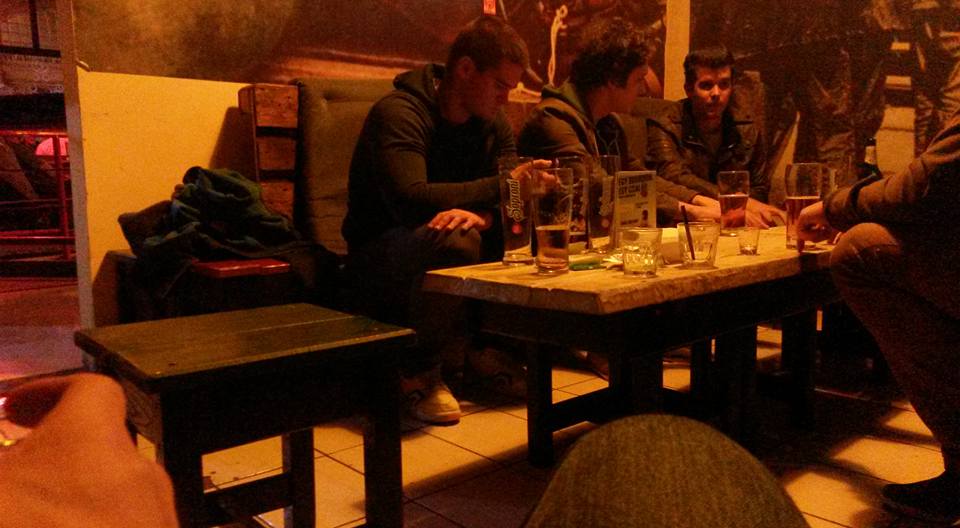 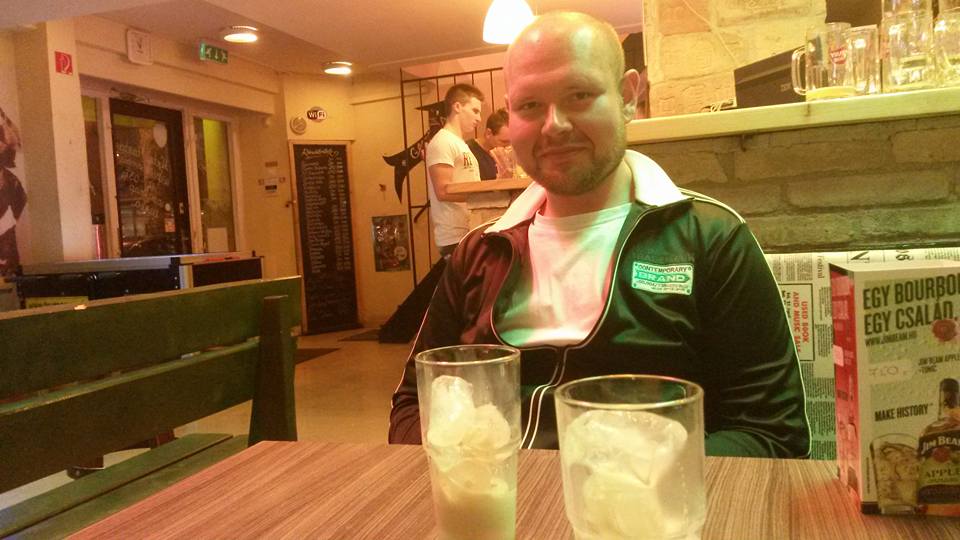